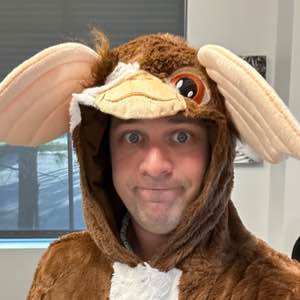 In case you hadn't heard, SpaceX just accomplished a landmark mission in its race to open up space travel to the masses: sending an entirely civilian crew to orbit Earth for the first time in human history.

The Inspiration 4 Dragon Capsule lifted off atop a Falcon 9 rocket on Wednesday evening, and I was personally there to see it. Here's a shot I captured of the ethereal silhouette surrounding the rocket as it ascended into space, taking the crew into orbit for three full days of weightlessness and scientific research supporting St. Jude Children's Hospital:

The mission went flawlessly, culminating in a soft touchdown in the Atlantic on Sunday afternoon. It was heralded as a great success and as a true inspiration by many. Yet there was one voice that was conspicuously missing from the fanfare...the sitting president of the United States.

And that's when Elon Musk pulled his signature move by causing a little drama on social media.

It happened Sunday afternoon when it was brought to Musk's attention by Twitter user @rhensing that neither the White House, nor Joe Biden, had made any statement related to the successful mission. This was (and continues to be) quite odd, considering this was a monumental accomplishment by one of the most innovative and influential U.S companies, a flight that even featured the first African American woman to pilot a spacecraft.

Musk's response was simple, and priceless....

How many CEOs and execs want to say something like this, but are too afraid of the backlash? Musk certainly doesn't mince words when it comes to life, politics, and even sharing sensitive information about his own companies.


Oh look: The designer of AOC's stupid "Tax the Rich" dress is rich and owes over $100K in back taxes 😂


It's Monday 😒, but this rescued squirrel refusing to leave its adopted family is giving me all the feels 😀

There are 93 comments on this article.